Skip to content
About Us / Blog / Could a substitutes' bench exist in working life? 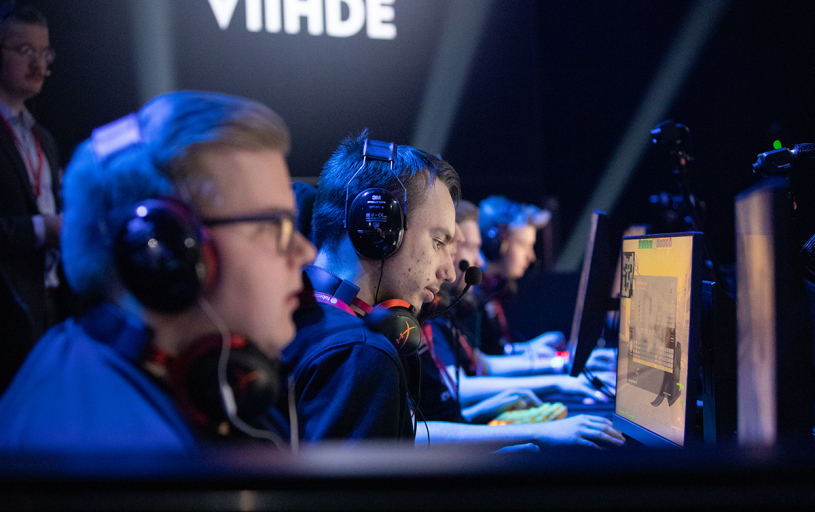 Could a substitutes' bench exist in working life?

Exhaustion and burnout are already tormenting people in their 30s. The phenomenon is highlighted, for example, in the field of e-Sports, where many exit the gaming world under the age of 30. KOVA, a Finnish e-Sports operator, aims to change the stressful culture with the help of reserve players. Could this be applied in other areas, as well?

Do you know someone who has taken sick leave or changed fields because of exhaustion at work?
Are they under the age of 35?

Indeed. A lot of us are probably nodding right now.

Exhaustion has been said to be our new national disease and particularly affects younger age groups. And the claim is not at all untrue:

The phenomenon is therefore unfortunately common and affects a wide range of sectors. One professional group, where the phenomenon is visibly highlighted, is e-Sports: competitive players often end their careers well under the age of 30, and many say the reason is burnout.

"Many people have just completely had enough. This is reflected in the fact that many great workers are quitting completely and disappearing from the industry. People don't want to be part of the background forces, which is of course a real shame for both the player and the industry," says Mikko Kalijärvi, teacher at KOVA Academy, a training centre for e-Sports.

Burnouts of top players under the age of 30 are a global phenomenon in the field of e-Sports. Kalijärvi believes that one of the biggest reasons is the intensity of the industry: the number of games and training sessions is wild. We spend hours with our own team and in front of the machine – and the pressure for success is high because there is some really big money at stake.

"Everything is wanted right that moment. No one stops and thinks about whether it makes any sense not to do anything other than play," adds Perttu Leppä, performance coach at KOVA.

"There is still such an old-fashioned and straightforward way of thinking in the industry that the more training, the better the result. Players are seen as machines, although the importance of comprehensive well-being and coping for performance should be taken into account," says Kalijärvi.

According to Kalijärvi, physical obstacles – meaning the slowing down of reflex and responsiveness – do not begin to affect gaming until people are in their thirties, so many could continue their careers much longer if only the spark for gaming could be maintained.

"There is always a reason in the background that could be solved without having to stop completely," Kalijärvi points out.

The KOVA Academy is so far only training new players for the field, and Kalijärvi believes it is important to listen to the feelings of young people from the very beginning. He gives a self-assessment to his students every week, in which players can anonymously share both their vibes about playing and general feelings.

"It's a really important indicator for me of where the person stands. If the numbers start to go down at all, I know something needs to be changed."

In addition to feelings, players also evaluate their own sleep, exercise and eating every week with a similar self-assessment.

"By investing in movement, nutrition and sleep, a lot can also be done to avoid exhaustion,", Perttu Leppä believes.

Physical well-being – i.e. physical activity, sleep and nutrition – is already being invested in many e-Sports teams both in Finland and internationally, but the KOVA Academy wants to change the culture more widely.

They have a back-up player system at their disposal, which means that there are 2-3 extra players in youth teams in addition to the active playing lineup. For someone who doesn't know e-Sports, this may not sound revolutionary – after all, the bench is a familiar system from most ball sports – but in e-Sports this is exceptional.

"Usually teams only have 5 players, all of whom play. In principle, a reserve crew is heavy on the organisation, but in practice I believe it is worthwhile. If someone in a team of 5 people quits or falls ill, the whole constellation falls. The backup players are able to take their place in the game right away. And it doesn't always have to be about anything serious: the reserve players also enable smaller breaks and reliefs," Kalijärvi says.

According to Kalijärvi, the attitude towards reserve players in the industry is still a little sniffy, but he believes that it is through young people that the culture is changing.

says Kalijärvi. He believes that reserve players will also bring the new power and vibe needed to the teams.

Indeed. Let's get back to the beginning of the case and how common burnout and mental health problems are in working life, especially among young people. Could the 'back-up player system' work more widely, at least with appropriate application?

Could there be back-up players in the working world that would prevent things from piling up on the shoulders of a few and so that the burden would be shared with more than one person?

Perhaps the reserve players would enable lighter working weeks while bringing new ideas and insights? Perhaps such flexibility could be achieved, for example, through part-time work or a task rotation?

An exciting thought. But it wasn't that long ago, when it was also an exciting idea that playing on a computer was someone's profession.

Learn more about the professional esports cooperation between the YTK Association and KOVA!